The first race of the 2022 season for the National Flying Club took place from Guernsey on the 21st of May when the Chief Convoyer Phil Leech and his team liberated 6531 birds entered by 607 members. The sky was clear with a visibility of 10 miles and a 7mph WSW wind. The winning pigeon flew to the Essex loft of Mr & Mrs John Buckfield, which was just a few yards short of 200 miles from the race point, flying three hours and 25 minutes to record a velocity of 1703 ypm. 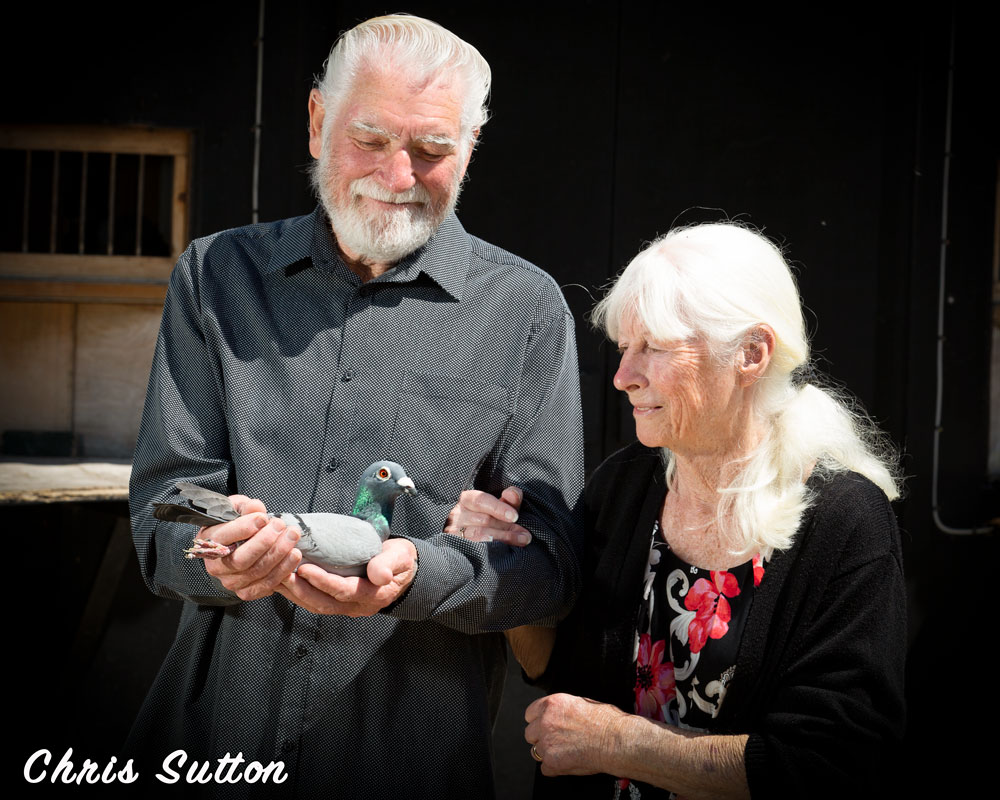 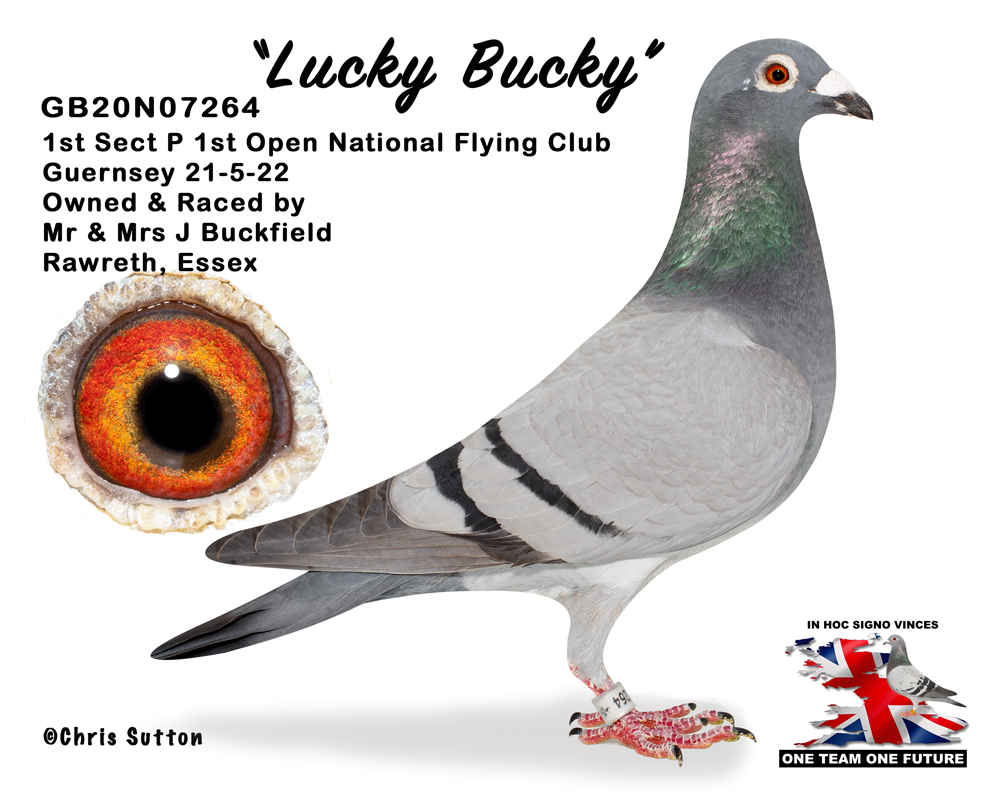 John and his wife Pat live on a four-acre smallholding in the village of Rawreth where over many years they have been at the very top of the local competition, flying their birds on the north road. For decades they have been putting up brilliant performances, winning more Federation, Combines and Amalgamation races than can be remembered, and in 2020 they decided to take up a new challenge and as members of the Hullbridge Pigeon Club, they turned their attentions to the South Road. This decision was taken due to there being more opportunities available to them, in top level competition at the distances their birds excel. A wise one too as in just their second year on the south, they can now add a first open in the biggest club in the country to their long list of achievements. 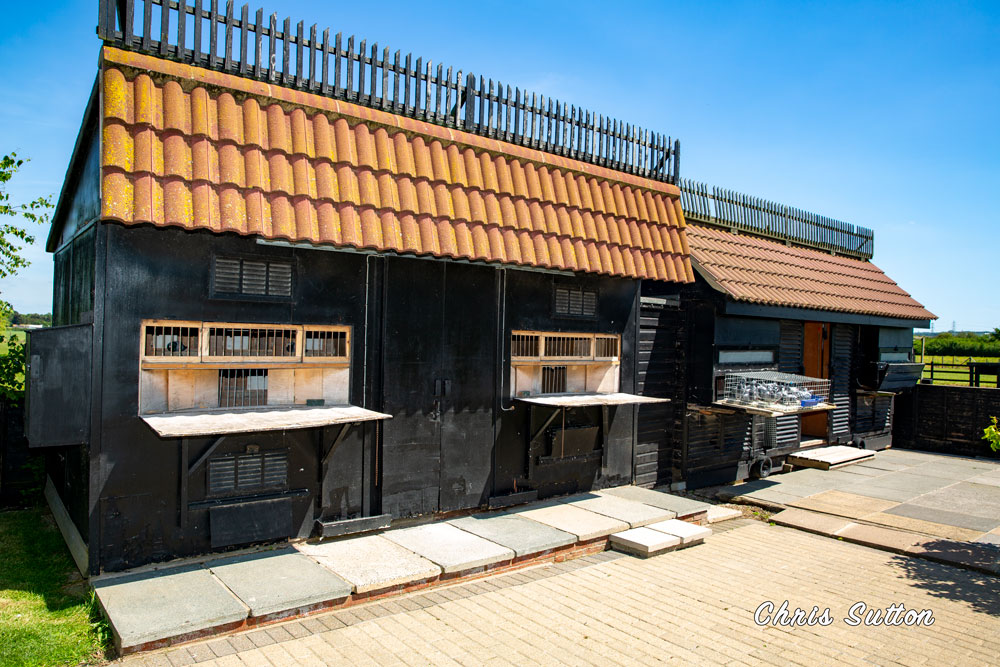 Preferring the sprint races, they fly a small team of Widowhood cocks which Pat lets out for exercise every morning and a separate team of Widowhood hens which are exercised later in the day by John. All the birds are extremely tame which I thought reflected their slow careful movements around the lofts and the amount of time they can spend with them, but John also added that he had become a human peanut, giving them the little treats occasionally. They also feed a lot of diet mix which is measured per bird, moving over to a stronger widowhood mixture as the race approaches and they would never send their birds without ensuring they had a good feed on basketing day. 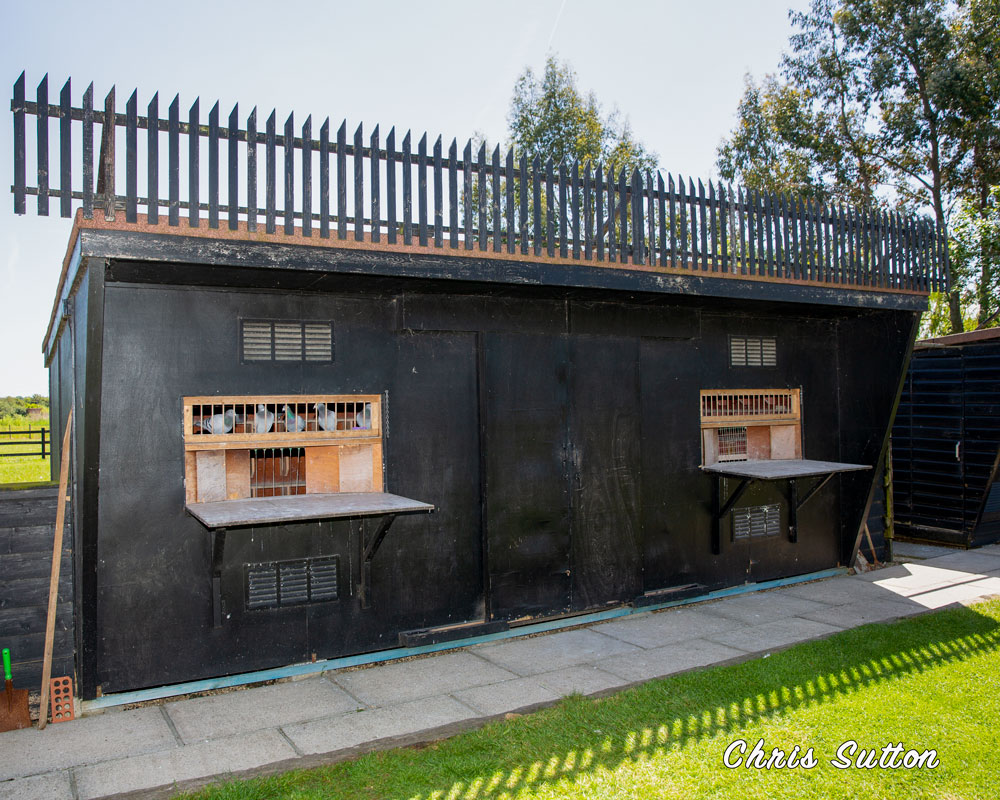 The hen’s team are motivated by using just two cock birds, which are allowed into the loft to play around in two nest boxes which become available for an hour or two before basketing. The nest box fronts are facing the wall during the week with a drinker placed on top and I asked John if the National winning hen had gone into the box with one of the cocks, but he said she had not and in truth, he is not sure what motivated her that day except that they are locked out during exercise, which John thinks encourages a real desire to be in the loft and the birds trap very well. Maybe the love of home they nurture in their birds is why she came so well. 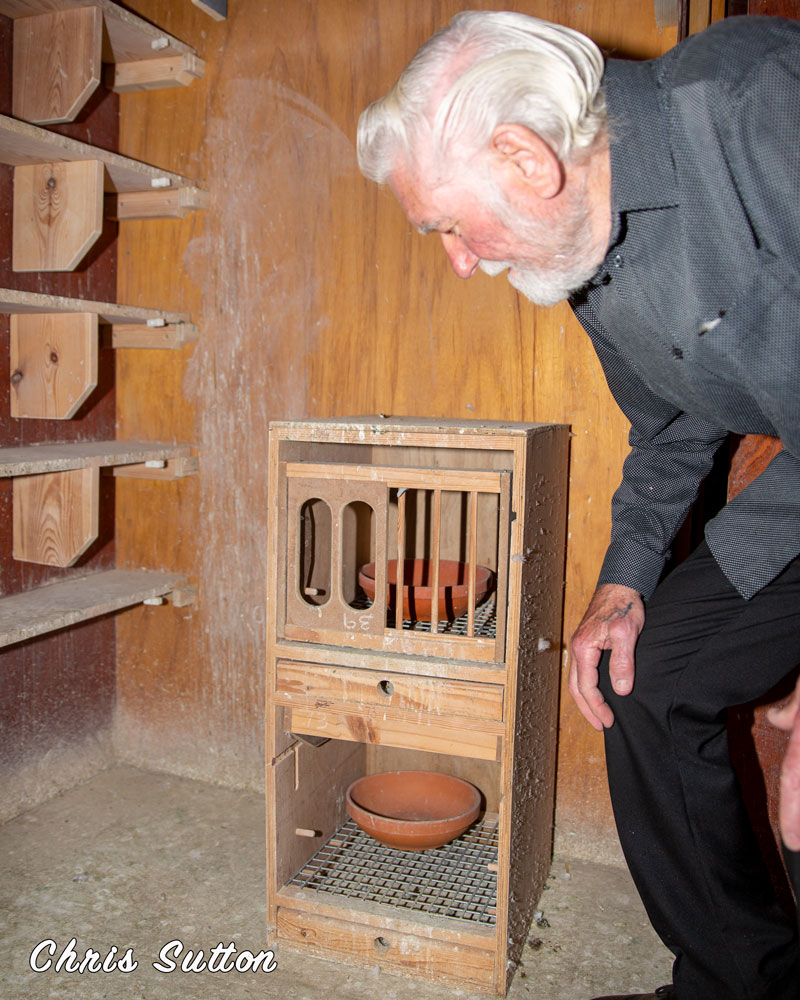 The usual widowhood practice of pairing up around Christmas and allowing them to rear one young bird is the normal procedure each year but for this year they did not pair them up at all as their son Tony Buckfield, who also had a great result in the National at 11th Open provisional, bred them a few youngsters out of his stock birds and it is those which are now being given some gentle treatment whilst they are acclimatised to the loft. Tony had acquired some top Staff Van Reet from the local national winning loft of Lee Bastone and it is out of these birds that he bred his parents the Guernsey winner. 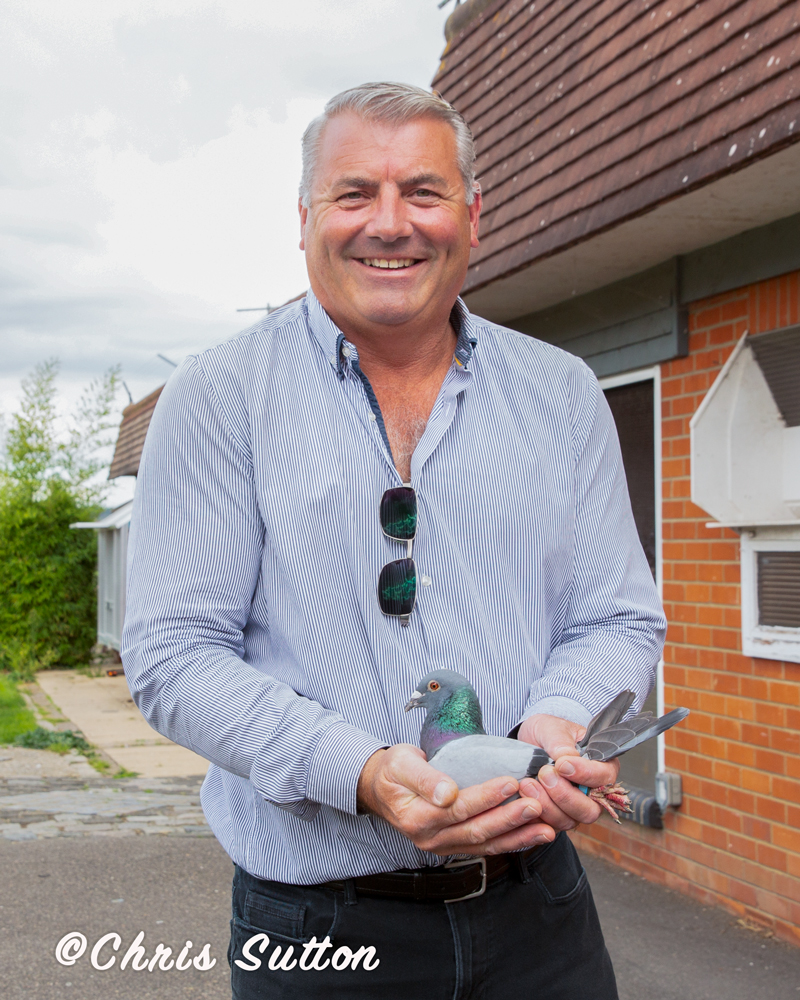 The Hullbridge Pigeon Club headquarters is based at the Up River Yacht Club, which is owned by Tony Buckfield, and there are many 1st National winning lofts racing in this club. When any one of them wins the National Flying Club, they celebrate the achievement well into the night and it was during this celebration that the Buckfields National winner was christened “Lucky Bucky” by his friends.

There is a large amount of effort put into the social side of the sport at their clubhouse, which forges lifelong friendships and they all play their part. They motivate each other towards greater performances, and I have been there many times reporting on their achievements. They are a real credit to the sport, and I was happy for the opportunity to visit once again, meeting a very nice Mr & Mrs partnership, who are obviously devoted to their birds in a calm and well organised loft. 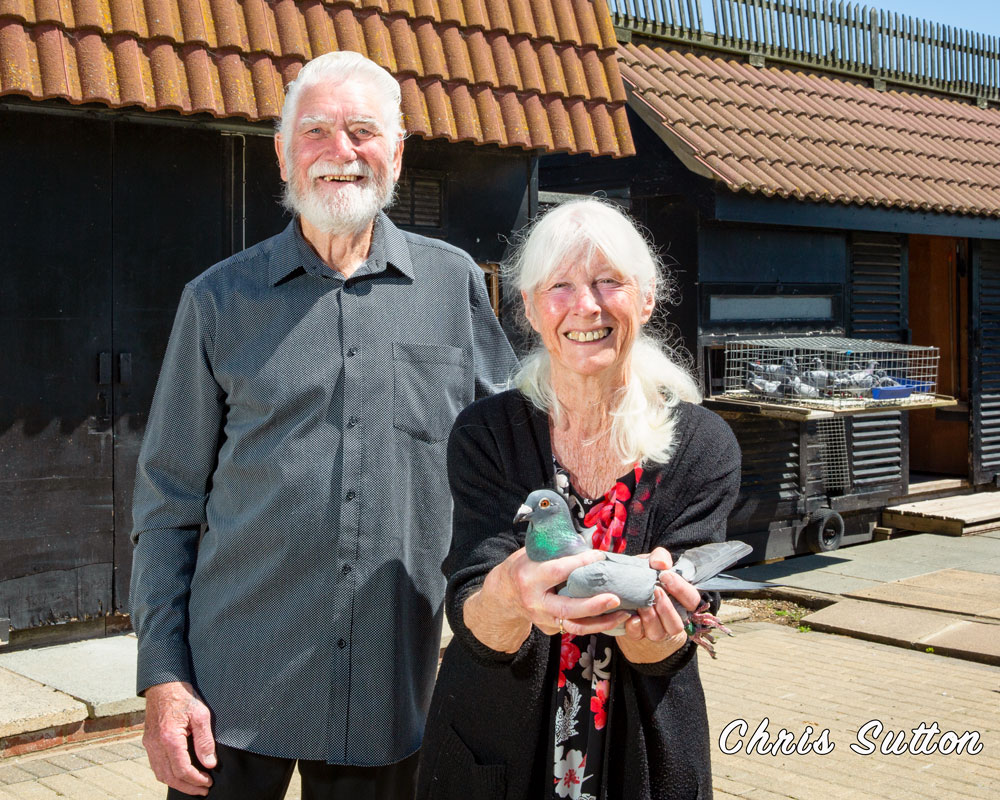 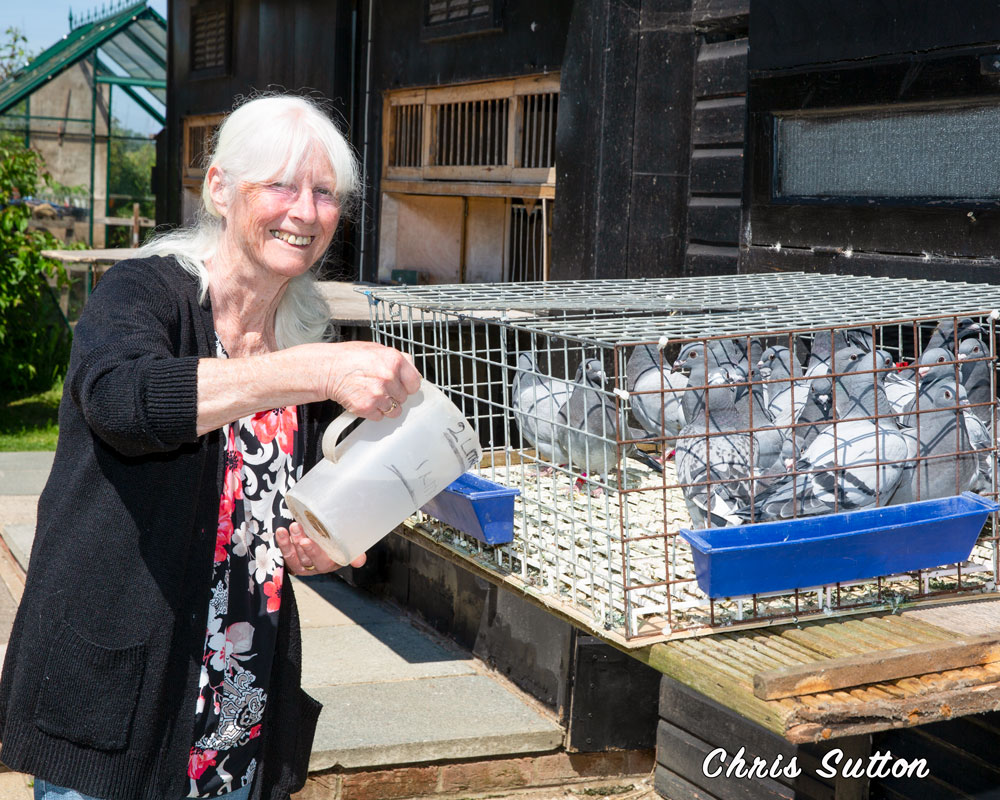 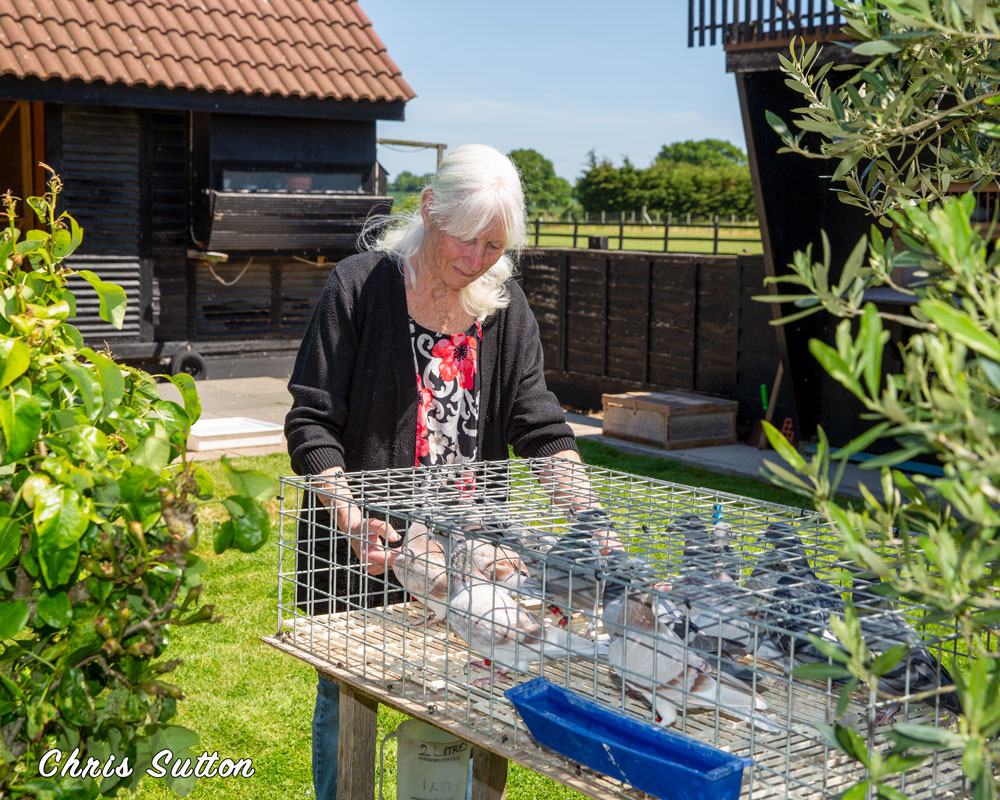 Finally, I would like to thank our new Convoying team Phil Leech and his nephew Levi Leech as well as the transport company PJ Logistics based in Billingshurst. They did a great job for us this week, delivering clean crates to all marking stations on the Wednesday and collecting our birds from all over the country the next day, before the ferry crossing to Guernsey.  With a Police escort on the island, they all represented the National Flying Club in a very professional manner and the birds were settled on site by Friday afternoon. The Convoyers took good care of our birds with our Race Adviser Steve White giving up to date information on the weather. A good liberation and a good race overall, as we all know Guernsey can be a tricky race point early in the season, so well done to all concerned. After each race, please remember to email your information if you have a top five position in your section of the provisional result, plus a photo of yourselves if possible.