After a two day holdover the second race of the season for the National Flying Club got underway from Guernsey when 5,465 birds were released at 8am into a 12mph south west wind, with the visibility in the channel being 20 miles with broken skies. There was an area of weather on the eastern side of the country which was expected to clear into the North Sea in front of the pigeons as they made their way home, and the wind inland was a light north westerly with showers in places. Many thanks to Race Adviser Steve White and Chief Convoyer Phil Leech on what proved to be a difficult and long weekends deliberation.

The winning loft of Jason Boden, living in the Waterlooville area just north of Portsmouth, recorded a velocity of 1798ypm and had two birds come together racing each other right to the trap and timed just two seconds apart to take first and second open.

They had arrived a few minutes before they were expected and Jason saw them approaching high above the loft, thinking at first that they were passing by, but they spun around and gifted Jason a prize most in the area would say was on the cards for this very consistent loft, flying in the Premier 100 Club each week. It was in fact the fifth time the birds had been to Guernsey this year having raced from there the week before, but Jason had decided to make them “use their heads” by sending them to Leicester, some 150 miles north two weeks earlier which also added to their fitness. 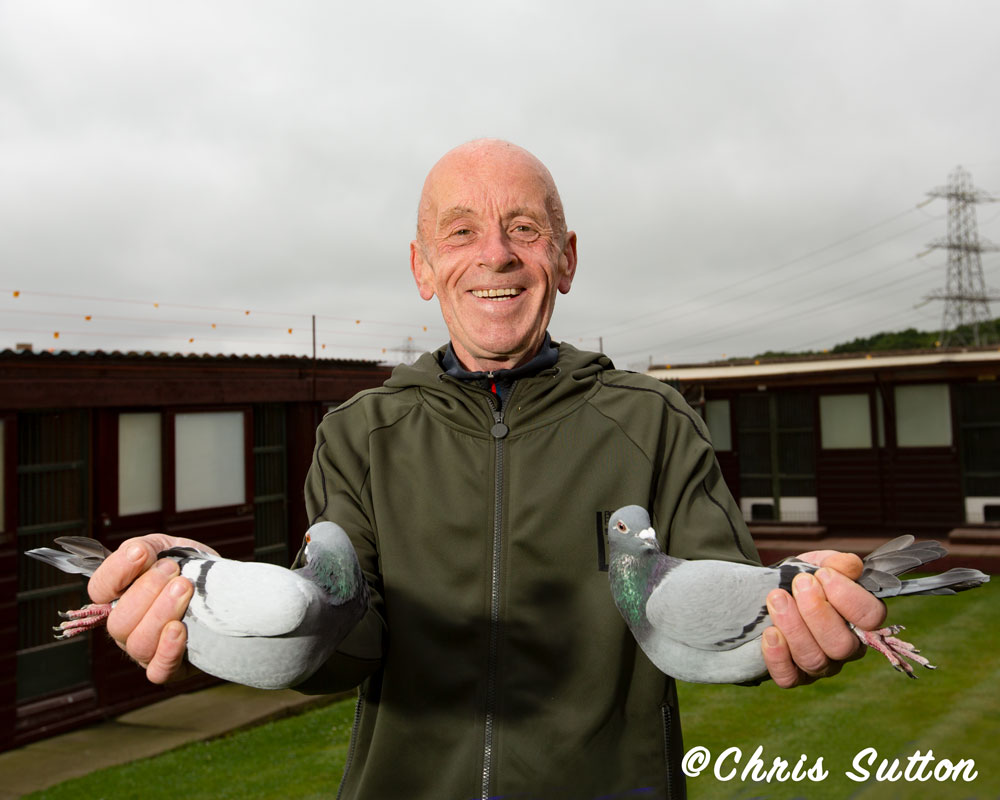 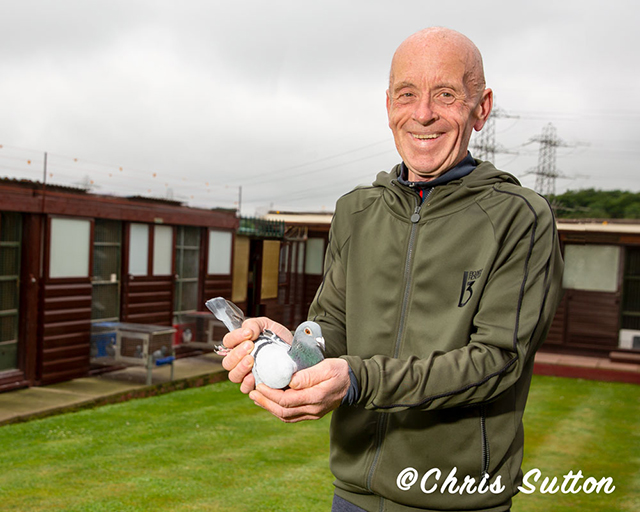 Being great friends with a local fancier Nigel Easton, a few youngsters are exchanged between them, and it was Nigel who bred the winning hen for Jason. A few years ago Nigel and Jason had attended an entire clearance sale in Horndean where Nigel bought a Soontjen cock which had caught his eye which was Belgian rung and bred by Hendrix Albert. This was paired to a hen bred by Owen/Jonesbury & Son out of a cock called “Zoon Hurricane” which was 1st Heart of England Federation 1275b when paired to “Gem” which had four 1st prizes to her name and once paired together they had bred two winners in one season alone. “This hen has bred some brilliant pigeons” said Nigel and he proudly listed a first section last year to be followed by first open NFC this year. The second bird was bred out of Jason’s race team coming down from Lee Painter’s bloodlines and a cock from John Gladwin of Formula One Lofts. 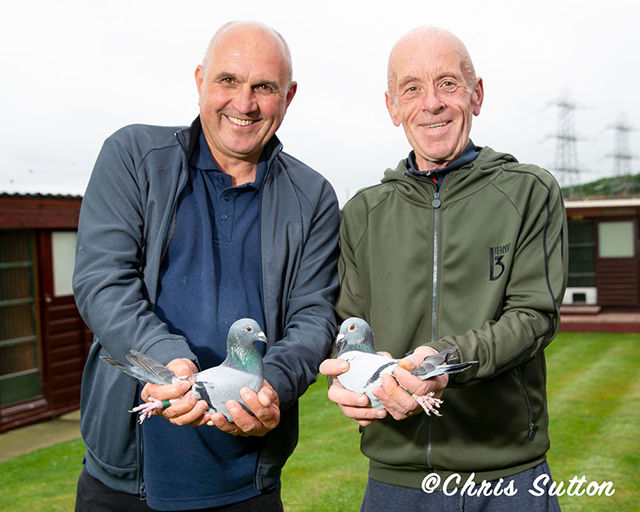 Jason races his birds on a kind of chaos system, having one cock paired to two hens and letting them all go together prior to basketing to spice things up a little. But for this National from Guernsey, he had decided to send his entries a lot quieter and allowed the hen to spend some time with the cock on her own, nice and calm with a little straw in the bowl. The second pigeon had paired to another hen in the hen’s section after her cock was lost so Jason separated them for a few days before giving them a small nest box for encouragement a couple of days before going to Guernsey. Good fanciers notice little things going on in the loft, National winning fanciers capitalise on them for the day when all the stars are in alignment for a great result against the nation. The birds are fed a good racing mixture from Verselle Laga and Bamfords mixed with barley to keep them from overfeeding, whilst taking as much as they need to keep themselves right. Jason thinks Barley is an underrated corn which has been used to great effect over the years.

As with most lofts these days there are local falcons to contend with daily, and with Jason he has a lot of wires nearby with huge pylons which the Peregrines use. The birds are regularly attacked on exercise and indeed the NFC winner had a recent narrow escape, having been tagged by a talon just by her rump. A brave little hen which has learned her lessons the hard way. She has been named “Dom’s Girl” after Jason’s late father along with his 2nd open winner being called “Louise’s Girl” after his mother. 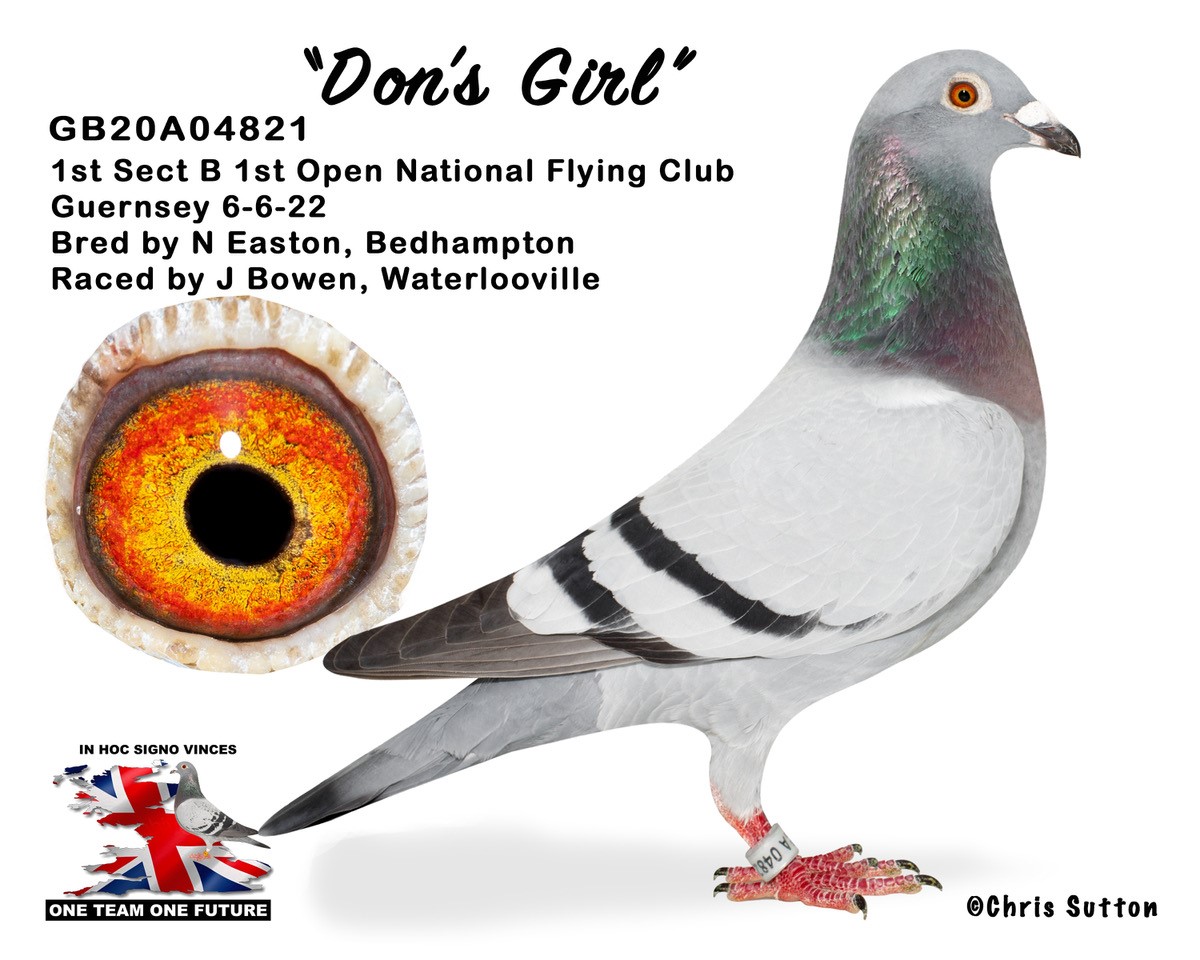 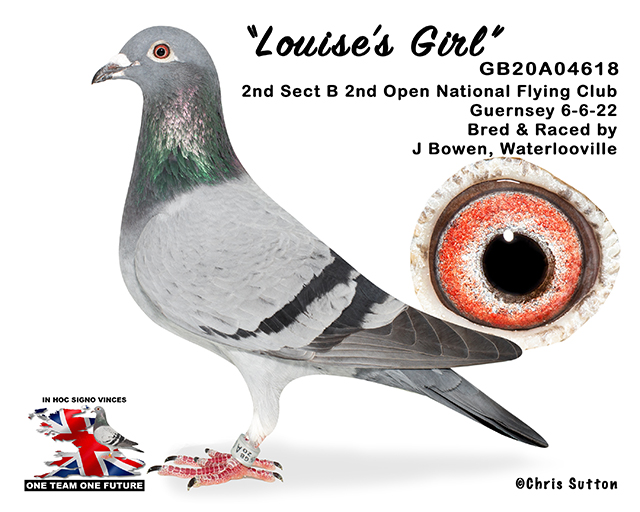 Well done both and it is great to see an exchange between friends giving both the equal satisfaction of a first open in the National Flying Club and the gift of a bottle of Champagne from club mates in the Premier 100 Club, well done all. Jason would like to thank all those many fanciers who took the time to call with congratulations and extend his personal congratulations to all the section winners and to the Convoying team for the great condition of his birds when they returned home from the three days in their care.

Other news now and the Chairman Mr Paul Naum would like to thank Steven Cooper for representing the National Flying Club at a service in Sheffield Cathedral for the Platinum Jubilee of our Patron HM Queen Elisabeth II and to RPRA Development Officer Richard Chambers who took birds to Buckingham Palace to promote the sport to the public on TV by informing them of the Royal Lofts at Sandringham and her Patronage to the NFC.